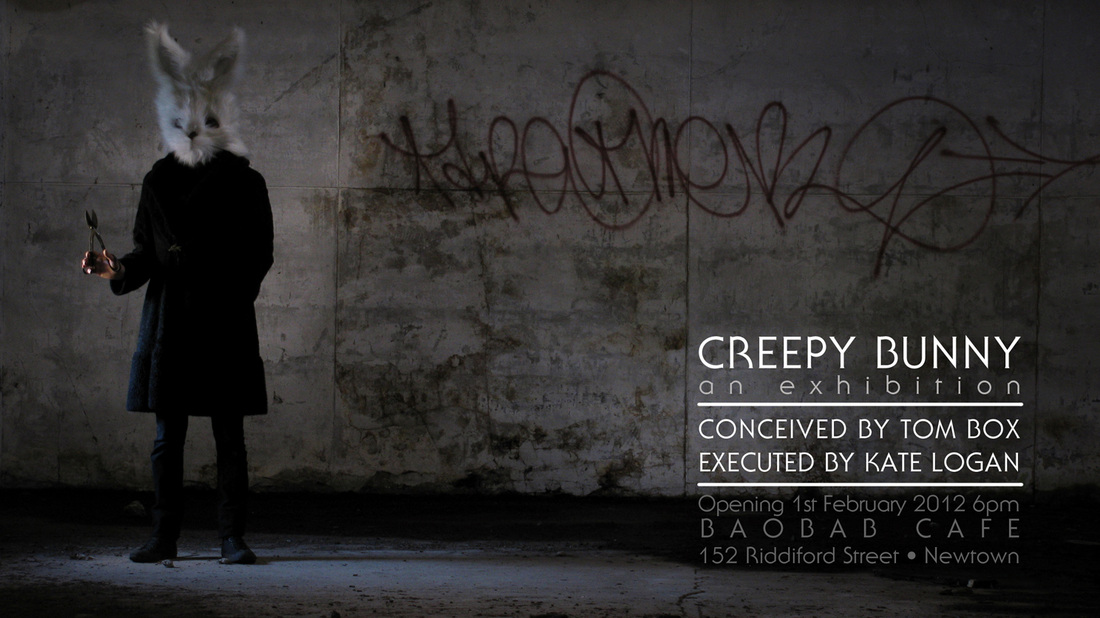 Creepy Bunny is a character conceived by Tom Box and photographed by partner Kate Logan. Tom is a science fiction enthusiast who has a passion for dressing up, and together with Kate’s flair for photography they have been creating their own characters, setting up scenes and exploring these scenarios through photographs.

Creepy Bunny is a sinister, dark suited rabbit-man; a human/animal chimera, fluffy and dangerous, cute and creepy. He won’t be found in your bedtime stories, but may cameo in some dark recess of your mind.

This series of photographs is a macabre sequence of holiday snaps, in which Creepy Bunny stands as observer to an apocalyptic aftermath. The remains of society – in the form of derelict buildings, abandoned train carriages and empty farmland, are tourist locations for this anthropomorphic character.

In some images he stands in the distance as if to say ‘who was here?' In others he is closer to the lens, posing in the scene, saying ‘I was here’. It is the conjoining of the familiar images we see in our family albums, with the wide depopulated emptiness that makes Creepy Bunny both unnerving and intriguing. Why is he there and where did everybody else go?


Link to Baobab Cafe in Newtown here.
continue to photographs